Surely you've seen it in your feeds.

Those dire warnings about "The Big One." 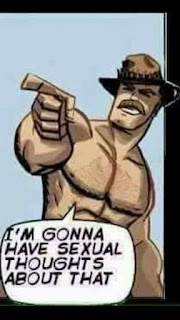 Mmm. The Big One.

Everyone - from the feckless zucchini masquerading as the head of the incompetent government agency that rhymes with MDMA, to your hysterical aunt invoking anti-earthquake immunity by chanting "IN JESUS' NAME GOD WILL NOT LET IT HAPPEN" - has posted about "The Big One."

I should be so lucky to have something 7.something rock my body.

I'm sure Philvocs and the MMDA may have the general public's interest in mind by posting these dire warnings "to prepare for The Big One." But curiously, the effect it has on me is the opposite: instead of level-headedness and calm, each and every time I see those blaring words "PREPARE FOR THE BIG ONE" I am filled with expectations of carnage, destruction, and death, instead of competent emergency services, community cooperation, and a general maintenance of law and order.

Arguably, that's just another day in this godforsaken land.

But once more I digress.

I also get the feeling that some sectors seem to have this morbid, almost giddy anticipation of "The Big One." As though this was heaven's long-awaited crushing fist of divine righteousness come to punish us for our wickedness at last. 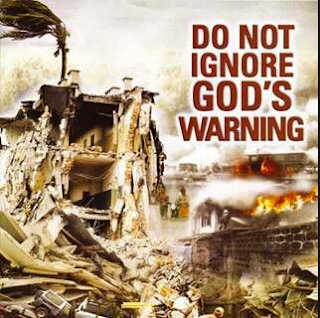 Indeed. Rebar and styrofoam do not meet standard building codes.

The poor dense dears. If it's punishment you wanted, you already got it by being born Filipino.

At any rate, the only way this could be poetically-perfect for the huffing just is if "The Big One" were to hit this Good Friday, and crush all the godless heathen who decided to hit the beaches instead of contemplating their wretched lives in church.

The city will be empty. Given God's wicked sense of humor, it'll probably be the pious who'll be crushed in their unrelenting piety as unreinforced churches crumble around them. 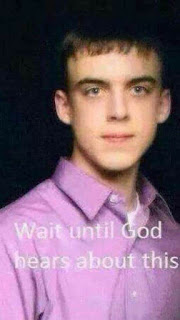 And I digress yet again.

Of all the natural calamities, I'm pretty sure most of us fear earthquakes the most. Typhoons have an infuriating habit of being hyped and then ending up as no-shows. Floods, like periods, are mostly wet, sloppy inconveniences. But there's something about literally having the earth move under your feet that triggers a primal fear. I guess it's because we're flightless creatures who cannot launch ourselves into the skies while Gaia has an orgasm.

But more than I fear earthquakes, I fear the incompetence of my countrymen. Especially those who purport to be in "public service." For all their blather, if and when "The Big One" strikes, I'm pretty sure Manila will descend quickly into lawlessness, chaos, and murder - and probably stay there till Christ returns.

Again, just another day in paradise. But this time with the city literally reduced to rubble. The only bright side is that the government will have more ghost voters to usher in the next plague upon this benighted land.

What's the point of this ramble over rumble?

As the government and your sainted aunts keep screeching at us "to prepare for The Big One", I think my dear red-headed hellion Red Sonja said it best  :

"And now, you music-makers from hell - if I'm to die in this temple of abominations, at least I'll go down in SILENCE!!"

What've We Got So Far?

What ABOUT Me, Bub?

rudeboy
Slave to commerce,master of indolence. Enjoys photography. Loves fast cars. A lover of snark, satire, and sarcasm. Likes pinacoladas and getting caught in the rain. Harassed father to five psychotic dogs, two naughty kittens sans mittens and who shall have no pie, and one missing cat.

By Golly, This Lollipop Is Following Me, And I Really Don't Know What To Do.

What Are You Looking For?

Who The Hell Is That?