Something Wicked This Way Has Come 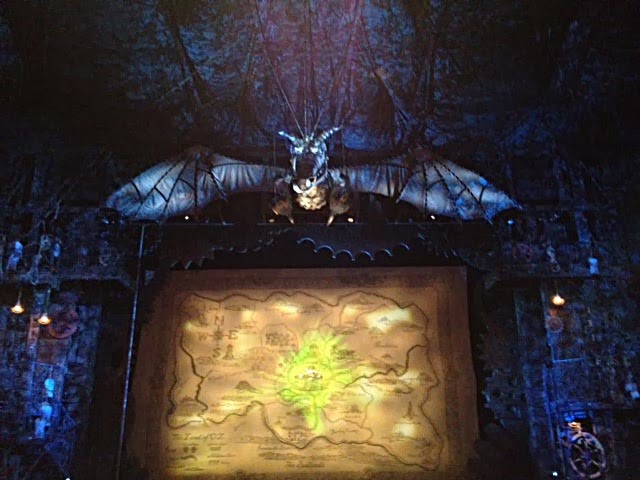 What a wonderful way to open the 2014 cultural season.

Was apprehensive about technical glitches, it being opening night and all, but apart from a flying monkey's wings not opening all the way, everything went fabulously.

The two leads evoked the original duo - Menzel and Chenoweth - with their powerful, distinctive voices and overall presence. And for once, my bad eyesight did me a small favor, allowing me to imagine the original leads onstage.

It was a thrill to witness my favorite numbers from the musical being performed live. And as I predicted, it was Popular that ignited the crowd to roaring laughter and applause and set the tone for the rest of the night.

Strangely enough, while the signature song "Defying Gravity" was goose-bumpingly soaring and powerful, I found myself struck with a song I didn't really pay much attention to before: romantic but witless lead Fiyero's ode to a carefree existence  "Dancing Through Life" :

Maybe when life has furrowed our brows with many cares and worries, an unexamined life seems worth living instead.

The trouble with schools is
They always teach the wrong lesson
Believe me, I've been kicked out
Of enough of them to know

They want you to become less callow
Less shallow
But I say: why invite stress in?
Stop studying strife
And learn to live
"The unexamined life"

Dancing through life
Skimming the surface
Gliding where turf is smooth

Life is painless
For the brainless
Why think too hard
When it's so soothing?

Dancing through life
No need to tough it
When you can slough it off
As I do?

Dancing through life
Swaying and sweeping
And always keeping cool

Woes are fleeting
Blows are glancing
When you're dancing
Through life

And the strange thing
Your life could end up changing
While you're dancing
Through!


At any rate, do try and catch Wicked. It's a tale about friendship and love, alternately funny and poignant.


Kristin Chenoweth's farewell performance.
Which lent the scene a special kind of poignancy.

In short, it's wicked good.

What've We Got So Far?

What ABOUT Me, Bub?

rudeboy
Slave to commerce,master of indolence. Enjoys photography. Loves fast cars. A lover of snark, satire, and sarcasm. Likes pinacoladas and getting caught in the rain. Harassed father to five psychotic dogs, two naughty kittens sans mittens and who shall have no pie, and one missing cat.

By Golly, This Lollipop Is Following Me, And I Really Don't Know What To Do.

What Are You Looking For?

Who The Hell Is That?